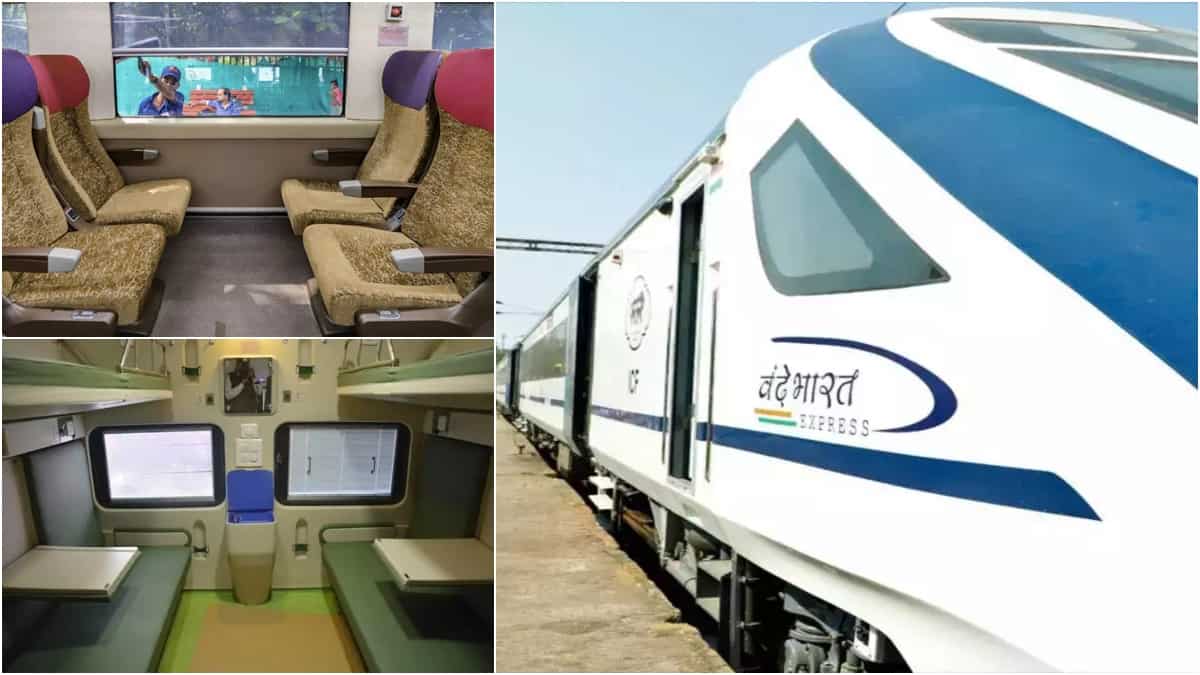 The new Vande Bharat Express train routes being considered are:

1) Kacheguda in Telangana to Bengaluru in Karnataka

The Secunderabad-Vizag Vande Bharat Express, which was launched recently, has been running with 100 per cent occupancy since its launch, officials said. Sources said the railway divisions of the South Central Railway have been asked to upgrade the infrastructure of at least one of their coaching depots in Secunderabad, Hyderabad and Vijayawada divisions for the maintenance of Vande Bharat trains for these destinations.

The Indian Railways plans to run 75 Vande Bharat trains by the end of this year and 400 over the next three years.

The first Vande Bharat Express train was inaugurated on February 18, 2019. The very first route is connecting the capital city of Delhi to the holy city of Varanasi (Uttar Pradesh), making stops at Thyagraj and Kanpur. This train runs five days a week, except Monday and Thursday.

The second Vande Bharat Express is running from Delhi to Katra (Jammu and Kashmir). It was inaugurated by Amit Shah, Minister of Home Affairs on October 3, 2019, and started running commercially on October 5, 2019. The train makes a stop at Ambala Cantt, Ludhiana and Jammu Tawi. It runs six days a week, except Tuesday.

The third train was launched on September 30, 2022. This train is covering the route from Gandhinagar (Gujarat) to Mumbai (Maharashtra) in under six hours. Other trains cover this route in under seven to eight hours. This train is a 2.0 version of Vande Bharat Express trains and is known to be faster, quieter and smoother. The train operates six days a week and doesn’t run on Sundays.

The fourth train was launched on October 13, 2022. The train is covering the route from  New Delhi, Haryana, Chandigarh, Punjab, and Himachal Pradesh. The train operates 6 days a week.

The fifth train was the Vande Bharat Express launched on November 10, 2022. The high-speed train has two stops at Katpadi and KRS Bengaluru.

This train covers a distance of 479 KM. It is working for six days a week and doesn’t run on Wednesday.

The sixth Vande Bharat Express train was just launched on December 11, 2022. It is running from Bilaspur (Chhattisgarh) to Nagpur (Maharashtra). This train runs for six days a week. The train does not run on Saturdays. The train makes a stop in Raipur, Durg, Rajnandgaon and Gondia.

The Vande Bharat Express is designed and manufactured by the Integral Coach Factory (ICF) at Perambur in Chennai under the flagship Make-in-India initiative.

The Vande Bharat Express can run up to a maximum commercial speed of 160 kmph. Currently, the train on Secunderabad-Vijayawada track via Kazipet can run at a maximum speed of 130 kmph.

1) The Vande Bharat Express has travel classes like Shatabdi Train, but with a better travel experience for passengers.

2) Each Vande Bharat has a total seating capacity of 1,128 passengers with all coaches equipped with automatic doors; a GPS-based audio-visual passenger information system, onboard hotspot Wi-Fi for entertainment purposes, and comfortable seating.

4) All the coaches are equipped with automatic doors, a GPS-based audio-visual passenger information system, onboard Wi-Fi and comfortable seats.

5) The executive class has rotating chairs. Bista inaugurated a foot overbridge and a VIP lounge at the Siliguri Junction railway station.