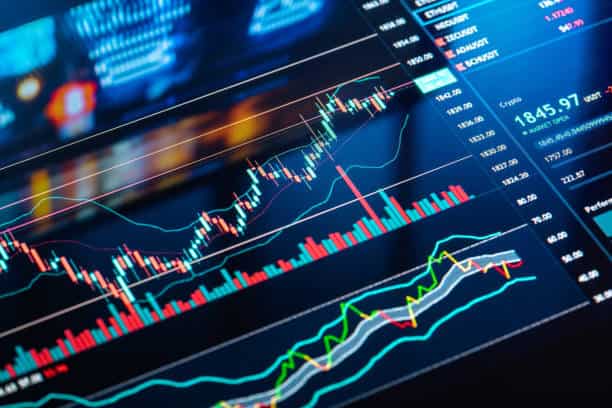 Traders Guide, NSE Nifty50, BSE Sensex: The Indian markets consolidated in a narrow range for the fourth successive week and ended marginally higher on Friday. The tone was subdued in the beginning however buying in select heavyweights in the middle helped the index to inch higher.

The bias again shifted southward in the final sessions due to profit-taking in the global indices. Consequently, the benchmark indices, Nifty and Sensex, settled at 18,027.65 and 60,621.77 levels.

Meanwhile, continued buying in the IT pack combined with a recovery in energy and banking majors aided the index to close in the green. The underperformance of broader indices continued for yet another week as they lost in the range of 0.7-1.10 per cent.

What Should Investors Do On Monday?

Markets will first react to the important results like Reliance, ICICI Bank and Kotak Bank in early trade on Monday. Global cues are currently weighing on sentiment so a positive surprise on the earnings front might subside some pressure.

Meanwhile, we reiterate our view to continue with a stock-specific trading approach until we see improvement in participation and stability on the global front.

Technically, Nifty is trading in a well-defined trading range of 17800-18250, but it is getting narrower, so we can expect a breakout or breakdown. The move is like what happened in 2022, when Nifty formed doji candles in the second and third weeks of January before exploding in the fourth week ahead of the budget.

Open Interest means the number of contracts open or outstanding in futures trading in NSE at any one time. One seller and one buyer together create one contract.

Here the gross values of Open Interest Positions taken by the four participants namely Client are Clients are the retail individual investors who invest in the derivatives instruments, DIIs are domestic individual investors, FIIs are foreign institutional investors and Pro are the proprietors and brokerage firms who trade on their own behalf.

McLeod Russel India: Board approves execution of exclusivity agreement with Carbon Resources to discuss, negotiate & evaluate a mechanism for a one-time settlement of debt owed by the Company to its identified lenders

SBI has entered into an agreement to purchase 40% stake in Commercial lndo Bank LLC (CIBL), Moscow held by Canara Bank.

Strides Pharma Science: Inspection by WHO at Puducherry facility completed. This facility caters to US, other regulated markets.

ICICI Bank reported a 34.5 per cent jump in its net profit at Rs 8,792 crore in December 2022 quarter on a consolidated basis, helped by an overall healthy performance.

Reliance Industries Ltd reported a 15 per cent drop in its net profit to Rs 15,792 crore for the third quarter, according to a company’s stock exchange filing.

Reliance Industries retail arm reported a 6.24 per cent increase in its net profit to Rs 2,400 crore for the December 2022 quarter.

Reliance Industries telecom arm Jio posted a 28.3 per cent year-on-year rise in its net profit to Rs 4,638 crore for the December 2022 quarter amid a steady rise in subscriber base and realisations for the connectivity business.

Kotak Mahindra Bank reported a 31 per cent jump in its standalone profit at Rs 2,792 in the quarter ended December 2022 aided by improvement in net interest income.

IDFC First Bank on Saturday reported a two-fold jump in its net profit to Rs 605 crore for the quarter ending December 2022, driven by growth in operating income.

Punjab & Sind Bank on Saturday reported a 24 per cent jump in profit at Rs 373 crore for the quarter ended December 2022, aided by healthy growth in interest income and decline in bad loans.

Union Bank of India on Friday reported a two-fold jump in its December quarter net at Rs 2,245 crore, helped by a huge jump in recoveries from loans written-off earlier.

RBL Bank reported a 34 per cent growth in its December quarter net profit at Rs 209 crore and the bank’s total revenue grew 11 per cent year-on-year to Rs 1,767 crore and net interest income was up 14 per cent to Rs 1,148 crore for the quarter ended December 2022.

Indian Energy Exchange (IEX) on Friday reported an over 4 per cent decline in its consolidated net profit to Rs 77.21 crore in the December quarter.

JSW Energy on Friday reported a 45 per cent decline in its consolidated net profit to Rs 180 crore for the December 2022 quarter.

Ramkrishna Forgings posted a 35 per cent rise in its December quarter consolidated net profit to Rs 61.04 crore, mainly on account of higher revenues.

LTIMindtree posted a consolidated net profit of Rs 1,000.7 crore for the December quarter, a 4.6 per cent decline over the year-ago period due to one-off impact of merger-related integration cost.

Stocks under F&O ban on NSE

Delta Corp, L&T Finance, and PVR are placed under the F&O ban for Monday. Securities in the ban period under the F&O segment include companies in which the security has crossed 95 percent of the market-wide position limit.