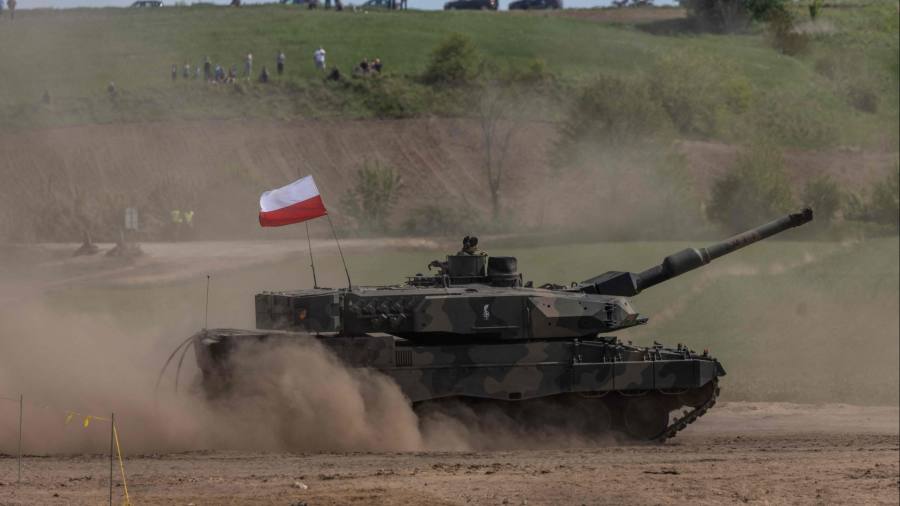 Poland will apply for consent from Berlin to export its German-made Leopard tanks to Ukraine, the country’s prime minister has vowed, in a step seen as increasing pressure on Germany’s chancellor to drop his opposition to the move.

Olaf Scholz has so far resisted calls from Nato allies to allow the tanks to be sent to help Kyiv defend against Russia’s invasion, drawing ire from countries including Poland.

The Polish statement came after Germany’s foreign minister Annalena Baerbock told a French television programme on Sunday that Berlin “would not stand in the way” if Poland were to send its Leopard tanks to Ukraine. The Green politician is not a member of Scholz’s SPD party but a key figure in the country’s ruling coalition.

“We will apply for such consent,” Polish leader Mateusz Morawiecki told reporters on Monday morning. “But even if we do not receive this consent, we will still hand over our tanks together with others as part of a small coalition.”

“Pressure makes sense, because this weekend, the foreign minister of Germany sent a slightly different message [to Scholz] that gives a glimmer of hope,” Morawiecki added.

The Polish premier did not provide any details on when a formal request could be made. Scholz’s spokesman Steffen Hebestreit told reporters on Monday that Poland had not made a formal request, but that if received, it will be considered according to the normal procedures.

Germany’s original supply contract to Poland gives Berlin control over any re-export of the tanks.

One senior Polish official said that Warsaw had not sensed any official change of position from Berlin linked to Baerbock’s comments, adding that they still believed Scholz alone would take the final decision.

A potential coalition of Leopard donors could include Denmark, Portugal, Norway, Sweden and Finland, among other countries, the official said.

Kyiv has said tanks are a priority in its defence against Russia, as it seeks more heavy armour to help it retake territory before Moscow is able to refit and regroup its forces.

Twelve European countries own or operate Leopard tanks. Ukraine has called on them to follow the step taken by the UK, which became the first to send battle tanks to Ukraine earlier this month.

Germany’s new defence minister Boris Pistorius dashed allies’ hopes that he might reverse Berlin’s position at a high-profile meeting of western defence ministers on Friday, where the topic of co-ordinated weapons deliveries was discussed.

The Polish prime minister’s comments came as EU foreign ministers met in Brussels on Monday for talks that will include tank deliveries.

“From my personal opinion, these kind of arms should be provided to the Ukrainian army,” said Josep Borrell, EU foreign policy chief. “But it’s a member state decision and we’re here to discuss it.”