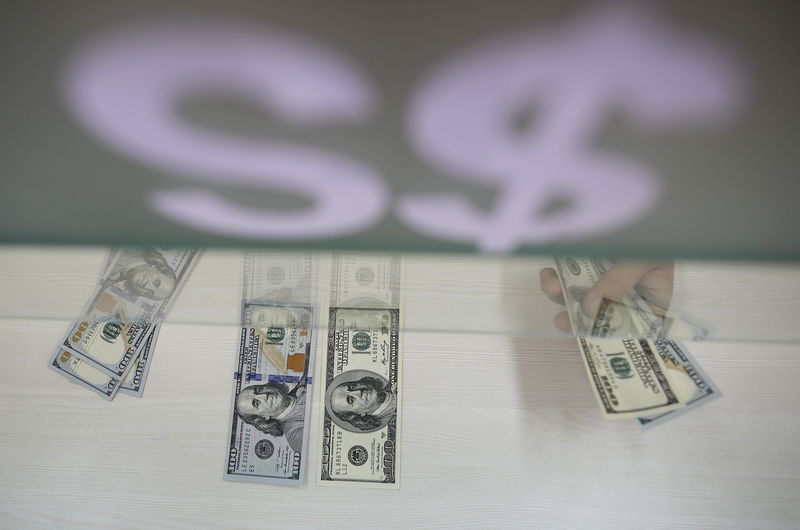 BUENOS AIRES (Reuters) -Brazil and Argentina are in early talks to establish a shared unit of value for bilateral trade to reduce reliance on the U.S. dollar, Brazilian President Luiz Inacio Lula da Silva said on Monday, although the move is not aimed at replacing existing currencies.

In Buenos Aires on his first international visit since taking office, Lula made the comments alongside Argentine President Alberto Fernandez, a leftist ally, who said there was little decided about what would be involved in such a proposal.

The discussions surfaced as part of an agreement to boost bilateral trade with more Brazilian export financing backed by Argentina’s international collateral, a Brazilian government source said on Monday.

Leaders from both countries are meeting at a summit in the Argentine capital, where Brazil’s Finance Minister Fernando Haddad and other officials played down talk of a full currency union.

Haddad told journalists that early discussion was focused on how to help Argentina buy Brazilian exports without tapping its dollar reserves, rather than spawning a shared currency circulating in both countries.

“Trade is really bad and the problem is precisely the foreign currency, right? So we are trying to find a solution, something in common that could make commerce grow,” Haddad said late on Sunday after arriving in Buenos Aires.

Haddad said a “common unit of trade” could be developed, but dismissed the idea of a unified currency in wider circulation.

Under an agreement ready for signature in Buenos Aires, the source said, Brazilian banks would provide credit to Argentine importers, backed by a Brazil government fund to secure the loans. Argentina, in turn, would provide collateral to guarantee Brazil’s trade financing with international liquidity.

“It could be Chinese bonds, gas contracts, wheat contracts,” the source said. “Something with international liquidity guaranteeing that, in case of non-payment by the Argentine importer, Brazil can access it to compensate.”

For now, operations would be carried out in Brazilian reais, according to the source.

The governments are also looking to set up a working group to study proposals such as a new account for clearing regional trade, backed by international reserves under a shared denomination, the source added. That proposed accounting measure would not involve a new currency in wider circulation.

The Financial Times reported on Sunday, citing Argentina’s Economy Minister Sergio Massa, that the neighboring nations would announce this week they were starting preparatory work on a common currency.

Argentina’s economy is suffering from a series of challenges, including a lack of dollars, with the government battling to replenish foreign currency reserves while also grappling with an inflation rate of nearly 100% last year.