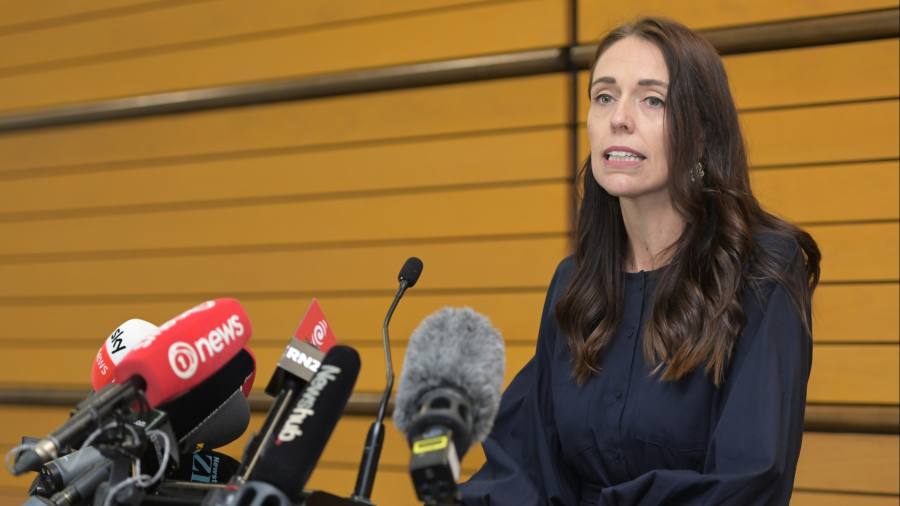 Jacinda Ardern, New Zealand’s prime minister since 2017, has announced that she will step down by February rather than contest a general election this year.

Ardern said that following a period of reflection over the Christmas period, she no longer had the energy to continue in the role for another four years.

“I have no regrets,” she told reporters about her decision, adding that she would be “doing a disservice to New Zealand” if she continued in the role.

The end of the 42-year-old Ardern’s premiership will close an era that elevated international interest in New Zealand, both for her socially progressive mandate and hardline pandemic response.

Ardern and her Labour party have suffered a slide in popularity in the polls over the past year as the “Jacindamania” that carried her to a sweeping re-election in 2020 waned.

A 1 News Kantar poll in December showed that she maintained a lead over the National party’s Christopher Luxon as the preferred prime minister, but support for the Labour party had dropped to its lowest level since 2017 when it took power. The poll indicated that even with the backing of its traditional coalition partner, the Green party, Labour would be unlikely to form a government based on the results.

That put pressure on a leader who led New Zealand through the pandemic, adopting policies on vaccination and closing international borders that proved divisive.

Ardern said that a general election would take place on October 14. She told reporters it was important to give a new Labour leader enough time to prepare for a poll rather than sticking with one who “didn’t have enough in the tank to take them through”.

Grant Robertson, the deputy prime minister and an obvious successor, immediately ruled himself out of the running to replace Ardern, whose resignation was unexpected despite recent calls for her to stand down.

Other possible candidates include Chris Hipkins, an experienced politician and current minister of education, police and public service who was responsible for the Covid-19 response, and Michael Wood, the immigration, transport and workplace safety minister.

Kiri Allan, minister of justice, is seen as having a strong chance to lead the post-Ardern Labour party and would become the country’s first full-time premier of Maori descent if elected.

A new prime minister is expected to be in place by February 7, with the Labour caucus set to vote this weekend on a new party leader. If no candidate succeeds in securing enough support from party MPs, the vote will be put to members.

Anthony Albanese, Australia’s prime minister, who counts Ardern as a friend, said in a statement: “Jacinda Ardern has shown the world how to lead with intellect and strength. She has demonstrated that empathy and insight are powerful leadership qualities.”

Elected to New Zealand parliament after working in the UK, including a stint in Prime Minister Tony Blair’s office

Gives birth to her daughter Neve. She takes six weeks of maternity leave and later brings Neve to the UN General Assembly

Leads New Zealand through mourning after a terrorist attack on two mosques in March in Christchurch and implements stricter gun control laws in response. The eruption of the White Island volcano in December again brings her compassionate leadership style to the fore

New Zealand closes its borders and adopts some of the strictest lockdown measures in the world in response to Covid-19. The hardline approach is widely backed, and she leads Labour to a decisive victory in October elections

New Zealand’s pandemic policies come under strain as mass protests take place outside parliament. The government lifts restrictions, but a cost of living crisis and sharp rise in interest rates and inflation hit Ardern’s popularity. She meets US president Joe Biden and signs an enhanced security pact to counter China’s growing influence in the Indo-Pacific

Ardern steps down, saying her energy, not poor polling, triggered her decision