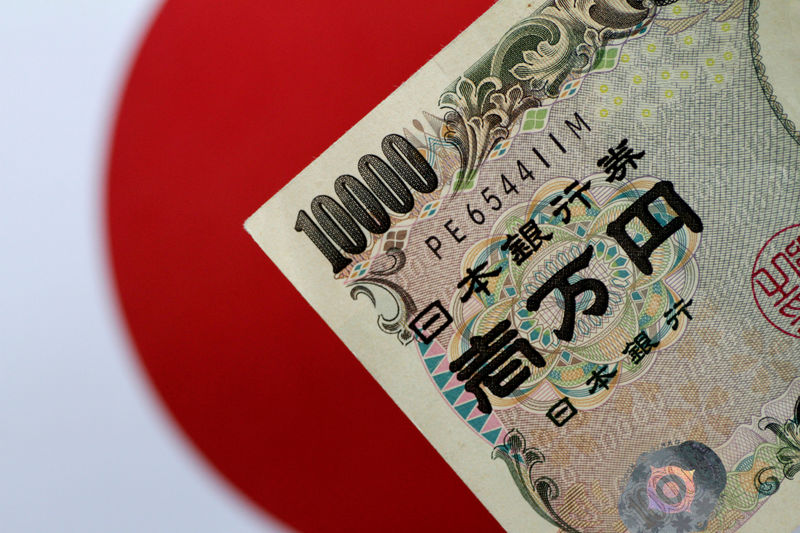 Investing.com — Most Asian currencies fell on Wednesday amid growing concerns over a global economic slowdown this year, with the Japanese yen plummeting after the Bank of Japan maintained its accommodative stance.

The was the worst-performing Asian currency for the day, tumbling 2.6% to 131.47 against the dollar – one of its worst daily declines ever recorded. The BOJ, and kept its yield curve control range unchanged, blindsiding market expectations for a further widening in the policy.

The central bank maintained its accommodative stance, and said it will continue to carry out its quantitative easing measures for the time being, painting a largely dovish picture for policy even with trending close to twice the bank’s annual target range.

Japanese also slumped after the decision, given that markets had been pricing in a potential end to the BOJ’s yield curve control in January.

Other economic readings also painted a bleak picture for the Japanese economy. – an indicator of capital spending among businesses – slumped far more than expected in November from the prior month.

Broader Asian currencies retreated amid fresh concerns over a looming global recession. Gita Gopinath, the deputy managing director of the International Monetary Fund, warned that 2023 will be a tough year for the global economy, with a recovery only expected towards the end of the year and into 2024.

Her warning followed a string of surveys that showed economists and business leaders were turning sour on the economy in the near-term. Negative sentiment usually bodes poorly for risk-driven Asian currencies, given that it limits the amount of foreign capital flowing into the region.

The dollar recovered from a seven-month low against a basket of currencies, aided largely by weakness in the yen. The and rose 0.4% each on Wednesday.

Focus this week is also on a string of major U.S. Federal Reserve speakers, most notably an address by on Thursday.

While the central bank is widely expected to in the coming months, markets are uncertain over whether it will be enough to stave off an economic slowdown.

Several U.S. economic readings are also on tap this week, starting with , , and for December, due later on Wednesday.